Would the HMS Roebuck made it up to Parker Mill Pond?

Every February I try to remember the events of February 1777 at Parker Mill Pond.

I am sure quite a few people are thinking to themselves, "How could a British 44 gun ship make it all the way up to Parker Mill Pond in February 1777?" As stated several times previously, things are not the same as they were in 1777. There are two dams in that area. One is on Isabella Street and the other is at present day Leonard Mill Pond (which was called Parker Mill Pond back in 1777). I took a walk between the dam and across the little bridge and behind the baseball field at Leonard Mill Pond. The Wicomico River is only 15-20 feet across in this area. However there is a lot of standing water on the left side of the nature trail which makes me think that this was part of the original river. The nature path could be part of the original river bed if a lot of dirt was put in there with some project.

Here is an idea for a contest for art programs: to draw a picture of the HMS Roebuck in Parker Mill Pond dropping off field pieces. Maybe a mural could be painted at the Wicomico County visitor center. 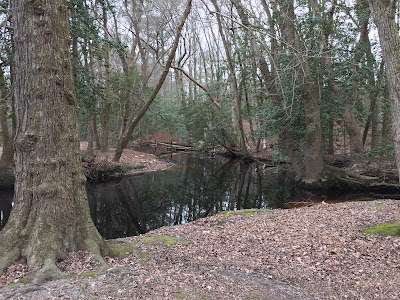 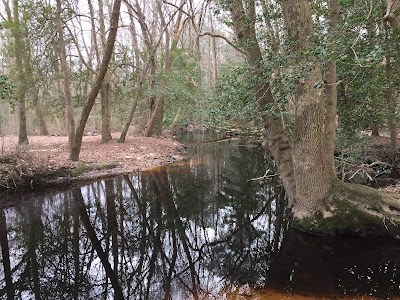 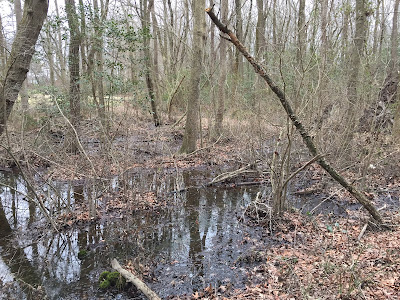 Did some group like the Civilian Conservation Corps change the river bands during the 1930s or was some of this done during the dam project at Leonard Mill Pond?

As always, remember the Ninth Regiment from the Eastern Shore of Virginia which helped Salisbury out immensely back in 1777.