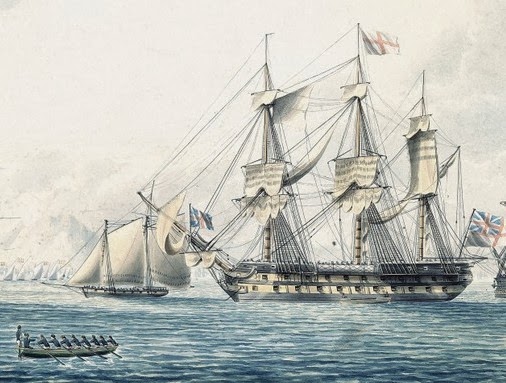 Next time you visit the Salisbury Visitor Center on Route 13 between Salisbury and Delmar, Maryland try to envision a 44 gun ship British ship in Leonard's Mill Pond.  Imagine 250 Tories assembled in the area as a staging area for the British to mount an invasion of the Eastern Shore of Maryland.


Continental Congress moved from Philadelphia on December 12, 1776. After defeats at Brooklyn, White Plains and Harlem in New York, we lost Fort Washington and Fort Lee. British troops kept pursuing the Continental Army in New Jersey and General Washington won a stunning victory by crossing the Delaware River and capturing the Hessian garrison at Trenton December 26, 1776. Colonel William Richardson (from the Eastern Shore of Maryland near Preston) was entrusted with moving the Treasury from Philadelphia to Baltimore. Baltimore served as the capital of nation from December 20, 1776 until February, 27, 1777. The location of Congress in Baltimore was at Liberty Street and Baltimore Street (near the First Mariner Arena where the Baltimore Blast soccer team plays).

The capital returned to Philadelphia on March 4, 1777. [ It remained there until September 15, 1777. After the defeat at Brandywine, Continental Congress had to move again. They stayed in Lancaster, Pennsylvania for one day- September 27, 1777 and then moved to York , Pennsylvania from September 30, 1777 until June 27, 1778. At York, they met at the Court House.]

During the time frame of the upheaval from Continental Congress having to move from Philadelphia to Baltimore is the time period in which the Tories attempted to take control of Delmarva. Their plan started with the staging area of Parker Mill Pond. All during the time that the capital was located in Baltimore, one of the main focuses was the threat to the Eastern Shore of Maryland. It is hard for current readers to visualize John Hancock in Baltimore but here is a resolve of Congress on February 17, 1777:


[Hancock to Council]
Baltimore, Feb. 17, 1777
Gentlemen:
As Congress have received Information that the Enemy are meditating a Descent upon the Coast of Chesapeake Bay the ensuing Campaign, I have it in Charge to request you will cause all the Stock of every Kind (agreeably to the enclosed Resolve) to be immediately removed from the shore and the adjacent Islands, or otherwise so secured that there may be no Danger of its falling into the Hands of our Enemies, and that you will take the most Effectual Measures to protect those who are well affected to the Cause of America from being plundered and insulted by the Enemy.
I have the Honour to be, Gentlemen,
Your most obed. Serv.
Honble Council of Safety. John Hancock Presid. 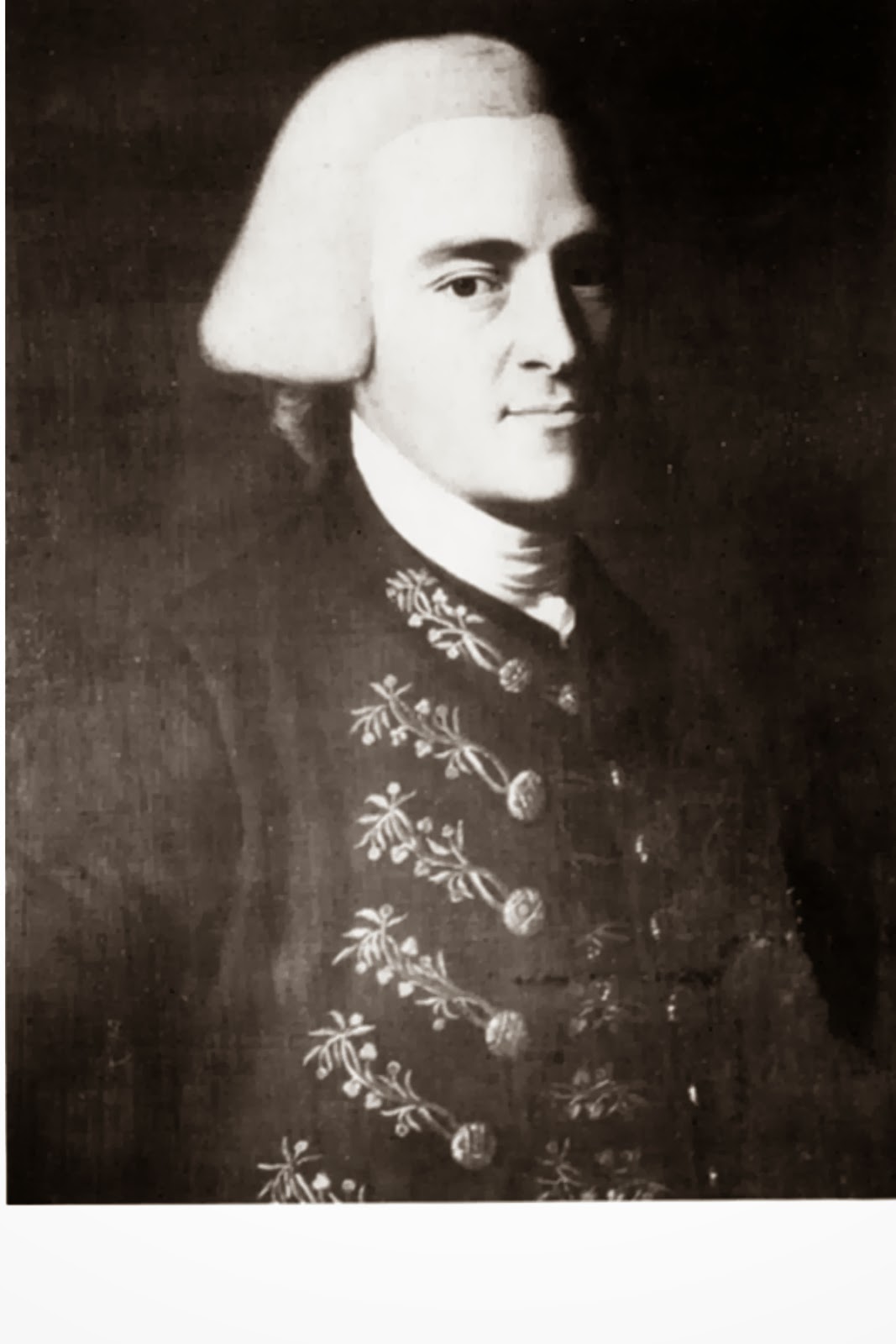 [Resolve of Congress.]
In Congress, Feby. 17, 1777
Congress having this day received Information that the Enemy mediates an Expedition to the Bay of Chesapeak in the ensuing Campaign, and that the Eastern Shore of Maryland is the first object or Place of Landing [italics added]
RESOLVED, That the States of Virginia and Maryland be requested to take immediate and the most effectual Measures that the Stocks may be removed from their respective Eastern Shore Counties, and their adjacent Islands, or so secured that they may not fall into the Enemies Hands, and that Means the most effectual be taken to protect &amp; secure the well affected Inhabitants from the Insults and Plunder of the Enemy.
By order of Congress John Hancock, Presid.

Tangier Sound had three British warships in their area accompanied by tenders and other armed vessels, known to be piloted by Tories. For several months the Tories were on the verge of gaining control of Somerset (Maryland) and Sussex (Delaware) counties. A 44 gun British ship, Roebuck, had landed field artillery pieces (probably from the Wicomico River). In February, 1777 about 250 Tories gathered at the site of the battle of Parker Mill Pond near Salisbury.

The battle never happened in actuality. Colonel George Dashiell’s militia of 150 was outnumbered and outgunned. Dashiell sent letters for help and help came in strength. Almost 1,000 (980) came from the Upper Shore and Western Shore under Gen. Smallwood. Another 2,000 under Colonel Southey Simpson (of the Ninth Regiment of Virginia) came from the Eastern Shore of Virginia. When the Tories saw the strength against them, they scattered. Fourteen ringleaders were caught but the two leaders, Callallo and Moore were believed to be headed for refuge on Smith or Tangier Island. And boarded the British ship Phoenix

The Maryland Council sent vessels to transport troops to Eastern Shore: the Enterprise with Captain James Campbell, the Defence with Captain George Cook, the Dolphin with Captain William Patterson and four other vessels. They assembled 980 men to help the Somerset Militia at Salisbury.

“The militia was first on the scene. Their congregation in such numbers and the knowledge that regular army troops and state naval vessels were enroute forestalled junction of tory bands with forces from off-shore enemy warships. Tories quickly evaporated, scattering to Delaware and to the enemy ships, while most simply went ‘underground’ to escape apprehension.”


Three men attempted to go to the Ohio Valley, find Tories and Indians willing to fight and enlist them against the Patriots. The plan was (1)to seize Pittsburgh with this force (2) invade Maryland and Virginia and (3) join forces with Lord Dunmore at Alexandria, Virginia.

John Dalzial Smyth was a storekeeper and physician who owned property in North Carolina, Virginia and Maryland. Smyth joined with Lieutenant Colonel John Connelly (Tory physician fleeing from Pennsylvania) and an alleged Indian agent Allen Cameron. These three men were captured at Hagerstown and were carrying papers with the plans for this Ohio Valley takeover.

Smyth escaped the log jail for traitors at Frederick but was caught again and imprisoned in Philadelphia. He stayed there for six months and then was transferred to the jail in Baltimore in December 1776. He escaped from the Baltimore jail and crossed the Chesapeake Bay and came up the Nanticoke River into Somerset County. Smyth came into the region and helped with the planning of a Tory uprising.
When the Tory uprising took place in Salisbury, he advised waiting for British warships to strengthen their position in the Chesapeake and Delaware Bay regions. When Smallwood’s forces took control of the area, Smyth and other Tories went north to Sussex County in Delaware. On March 12, he and eleven other Tories rowed out to a British man-o-war named Preston in the Delaware Bay.

Other Tories had planned on joining the force but when they saw the numbers against them, they decided not to show up at Parker's Mill Pond. If the Upper and Western Shore of Maryland and the Eastern Shore of Virginia had not responded so quickly and strongly, Tories would have had a stronghold in the Salisbury area. Think of all the possibilities that the British and Tories could have used with such a strategic location at the center of the peninsula. Washington sent a report that 3,000 British and Hessian troops left New York reportedly to effect a landing on the Eastern Shore. About 70 flat-bottom boats built by British in New York were supposedly intended for the Chesapeake Bay. The British and the Tories were denied this piece of the puzzle.

Gen. Smallwood arrived in Salisbury on Feb. 19, 1777. While in charge of the militia in the area, he divided his time between Princess Anne, Salisbury and Snow Hill. Do you think he ever stayed in the Washington Hotel? Since the show of force had dissipated the Tory threat in the area, Smallwood released his forces on March 3 so they could go to other needed areas.

One of the regiments recently recruited in Maryland for Continental Army service (but had not yet left the state) was assigned to the camps to be set up in the neighborhood of Salisbury. It was to be augmented by 500 militiamen from the upper Maryland counties and 100 from Delaware if additional force was found to be needed. Enlistment terms were due to expire December 10, 1777. Col. William Richardson who was named regiment’s commander, went on an expedition to Lewes.

In summation, Baltimore was the nation’s capital at the time of the Battle of Parker Mill Pond. John Hancock sent a Resolve of Continental Congress stating that Congress had received intelligence that the enemy had plans to have a landing there (they did in August of that same year with 265 ships up the Chesapeake Bay to Elk Landing-Elkton). The local militia saw they were outmanned and out-gunned (Tories had at least two field pieces). Almost 1,000 men from the Western Shore and the Upper Shore came to Salisbury’s defense. The Eastern Shore of Virginia brought up 2,000 men to help out. When the Tories saw all these soldiers and militia against them, most of them disappeared into their home areas. A Tory leader from North Carolina named John Daziel Smyth attempted to raise up an army of Tories and Indians from the Ohio Valley and came through Hagerstown and Frederick. He arrived in Somerset county (which part is in Wicomico County now) by means of the Nanticoke River and tried to stir up the Tories. The arrival of such large numbers of Patriots from the Eastern Shore of Virginia and the Upper and Western Shores thwarted his plans and he left the area by taking a ship called the Preston from Lewes and skedaddled. General Smallwood commanded the forces in the Salisbury and Princess Anne area. When the Tories left the area, Colonel Richardson took command of the 500 men left in the Salisbury area. 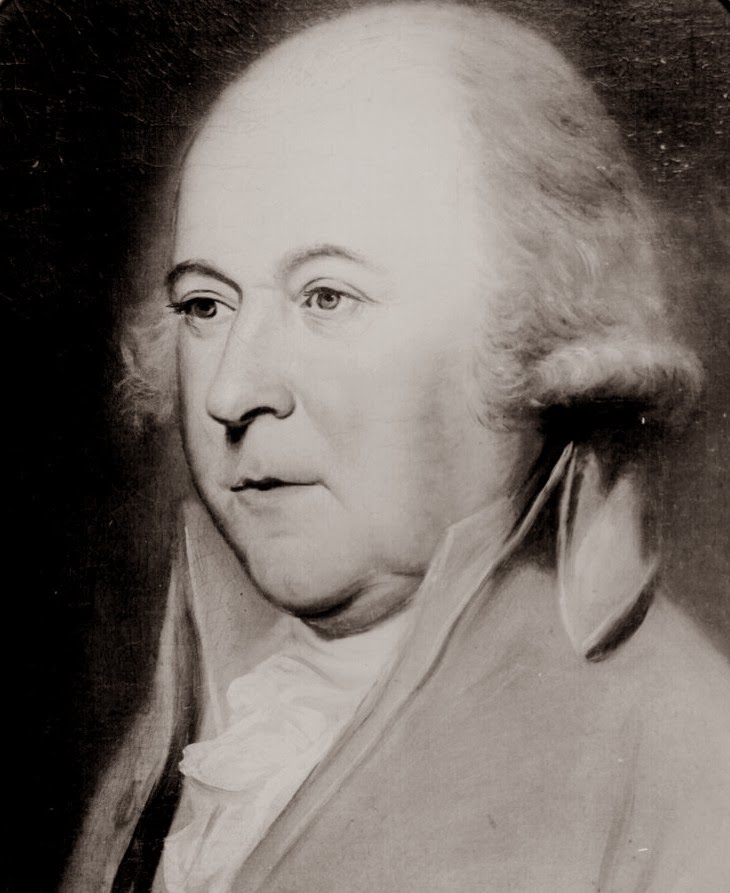 While doing research on John Adams, I came across a letter that he sent to Abigail on February 3, 1777. This is the time period when Continental Congress met in Baltimore.  Adams said that February 3, 1777 had been observed by members of Continental Congress as a day of fasting and prayer.  For those who believe in prayer, it may be that events did not transpire as the Tories and British planned because of those prayers.
Posted by Phil Webster at 5:00 PM